Yung Bleu invited Chloe Bailey to the studio after he was blown away by her cover of his Drake-assisted ‘You’re Mines Still’ record.

After vowing to never give the world a look at her child, Summer Walker has officially debuted her baby girl. Throughout her pregnancy, Summer was faced with criticism from the public, especially as her relationship with London On Da Track was on the rocks. The singer would take to her social media pages to share frustrations […]

Over the weekend, the death of Indian Red Boy rattled the internet. He was on Instagram Live with a friend just as he was ambushed and killed in front of his followers. However, the reason for the shooting has been debated in the past few days. Rumors floated around that it was connected to a […]

Britney Spears Can Hire a New Lawyer of Her Choice, Judge Rules 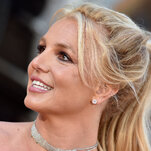 The decision came as the singer continues to challenge whether her life should be governed by a conservatorship set up 13 years ago on her behalf.

Carti popped up in the YouTube comments when the video premiered.

His recent rant received several co-signs from artists and fans alike, and now Dr. Dre has jumped in to say that he agrees with T-Pain. We previously reported on T-Pain sharing a few thoughts about the current state of Hip Hop, airing out frustrations regarding artists copy and pasting one another with the hopes of […]

Yung Bleu has been the underdog of all underdogs in the past few years. Despite the increasing critical acclaim, popularity, and co-signs that many of his peers haven’t received, there’ve been plenty of moments where he felt like he’s been counted out. For instance, he spoke out after he wasn’t included in the BET Awards nominations […]

Matt Gaetz, Currently Under Investigation For Human Trafficking, Is Still Trying To Make Himself The Face Of The #FreeBritney Movement

Getty Image Matt Gaetz has been under investigation by the FBI since late last year, over his alleged connection to a sex trafficking ring. But the Florida representative has been doing what many Republicans do when they’re being probed for criminal activity: ignore and distract. On Wednesday, a rally was head in downtown Los Angeles […]

Season Two of ‘Wu-Tang: An American Saga’ Finally Has a Premiere Date

The fan-approved dramatization of Wu-Tang Clan’s origin story is set to return this fall. Following months of teasing and plot reveals, season two of Wu-Tang: An American Saga is officially in the book. According to a press release, the show will return for a sophomore run on September 8th with not one or two, but three […]

Cico P Is Too Fresh On “Nawfjaxx”

Cico P is shaping up to be the next big export out of Texas. The rising rapper first gained attention with the success of “Tampa” and he’s been going hard ever since. In the past few weeks, he’s unloaded a few bangers that have shown a promising sign of what he has in store for […]