Free Agent veteran cornerback Richard Sherman has been released from jail after being arrested for several charges related to burglary and domestic violence, Wednesday. A judge determined Sherman to be a “piller” of the community and released him on the condition he returns to court. “I see Mr. Sherman is a pillar in this community. He’s a business owner. […]

The news regarding the recent alleged shootout at Lil Durk’s home has captivated Hip Hop. There were rumors this week that an altercation occurred at the Chicago rapper’s Georgia estate, and on Thursday (July 15), details of the reported attempted home invasion circulated. We previously reported on the news that on Sunday (July 11) just […]

She’s solidified herself as a reality television star as well as a rapper thanks to Love & Hip Hop, now Remy Ma is stretching her partnership with VH1 by starring in a new show. The rapper is no stranger to having trouble with the law after she was sent to prison in connection with a […]

The Game dropped a hot take on his Instagram story, this week, writing that men are never loved unconditionally. “Only women, children & dogs are loved unconditionally,” the Los Angeles rapper wrote. “A man is only loved under the condition he provides something.” The take was met with a polarizing response on social media.  “Because you […]

DJ Khaled has built a career on putting all different types of artists on one track and he wants to get it done with Eminem, Dr. Dre and André 3000.

Tom Brady Played All Of 2020 Season On Torn MCL: Report

Tampa Bay Buccaneers quarterback Tom Brady played the entirety of last season on a fully torn MCL, according to a new report from Ian Rapoport of NFL Network. Brady underwent surgery on his knee back in February. Details on the severity of the injury were unclear until May, when Brady finally admitted that the surgery was a “pretty serious” […]

Jeremy O. Harris Takes His Twitter Friends to the Movies 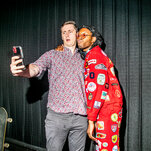 “Almost everyone I’ve met tells me it is their first time in a theater post-pandemic,” Mr. Harris said. “I want to do it in community.”

Elizabeth Olsen on the Unexpected Challenges of ‘WandaVision’ 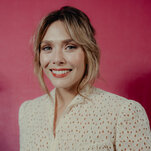 Olsen talked about her first Emmy nomination and about why the series exceeded her expectations compared with more typical Marvel fare.

The rap OGs are fed up. Continue reading…

New York rapper J.I. is back with a new single and music video titled “Morning.”  The video for the song, directed by Austin McCracken, sees J.I. traveling throughout his home city with a girlfriend as he sings about the difficulties of turbulent relationships. “We’ve all been in this position before,” J.I. said of the song, in […]