Joe Budden Reflects On A Tumultuous Year During “Rant Mode”

Joe Budden has been at the forefront of podcasting with his self-titled show. It became a Spotify exclusive, propelling the brand further but that deal ultimately fell apart. In retrospect, it was the beginning of a downfall. The show lost its two co-hosts, Rory and Mal, which appears could be leading to legal troubles. Plus, the sexual […]

J. Cole said he would “get better” following his run with the Rwanda Patriots in May.

The investigation into King Von’s death is active as Timothy Leeks, known as Lul Tim, has been charged with the late rapper’s murder. Months ago, Leeks, who is good friends with Quando Rondo, was released on bond and since that time, he’s been working on his Rap career while, for the most part, steering clear […] 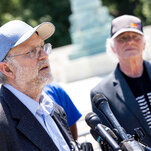 A politically active company just waded into one of the most fraught issues in the world, and the reaction was immediate.

As fans await more information regarding NBA YoungBoy’s case, his friend is giving insight into how the rapper navigates the industry. YoungBoy has been incarcerated since earlier this year after he was arrested in Los Angeles. Last Fall, the Louisiana icon was taken into custody after police reportedly found the rapper filming at a relative’s […]

Tinashe’s appearance in the Swimsuit edition makes her the first independent artist and first woman with braids to be featured in the issue.

Kanye and Durk previously linked up in Atlanta back in October 2020.

Asian Doll is proving all of her naysayers wrong these days. Her career hasn’t gone without its fair share of ups and downs but after recently revealing that she’s enlisted Stacia Mac as her new manager, it seems like Asian Doll’s going to be making some serious noise in the near future, outside of her typical […]

Hip Hop culture continues to make history and Megan Thee Stallion appearing on the cover of the world’s largest and longest running sports publication is certainly something to celebrate. Megan and her hot body landed on the cover of the 2021 Sports Illustrated Swimsuit Issue, which is the first time that any notable from the […]

Juancho Hernangomez, a forward for the Minnesota Timberwolves, is back on Spain’s Olympic roster after being ruled out earlier this month because of a left shoulder injury.